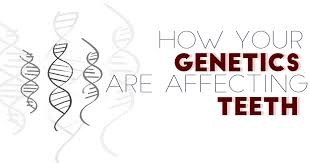 The function of human body is so impeccable! Every process in the body starting from a single celled-stage to a full grown, well developed individual involve a cascade of events including expression of a number of genes at specific time and site in the particular tissues during the intra uterine life as well as postnatally and during the entire life. The genes are expressed and proteins are produced. Proteins are thus made available for performing functions in the body. The normal functioning of the body is characterized by presence of proteins in both quality and quantity. With this, the obvious reason for causation of a disease process is improper proteins either in structure or function which is ultimately due to the defect in the respective genes.

The human genome is large sequence of nucleotides (about 30 million) which are determining the basis of our life.  Gene refers to the protein coding part of the genome. Each nucleotide within a gene is part of an amino acid ultimately coding for a protein. The genome is also composed of a non coding part, the function of which is also under study.Thus, it is clear that gene codes for a protein and to produce a protein, it involves another series of events. DNA is first transcribed into an mRNA which is then translated into proteins. The process of transcription and translation are also sensitive processes. To study disease in an individual at the molecular level, one should have the sequence of DNA of an individual. And here comes the role of sequencing technology! Sequencing of DNA gives the exact order of nucleotides in a person’s genome. After completion of “The human genome project” in the year 2003 (began in the year 1990), great development in sequencing technology took place. And today, next generation sequencing, a high throughput, massively parallel sequencing technology is commonly preferred technique over other techniques. Next generation sequencing (NGS) includes the following:

Next generation sequencing technology together with eminent bioinformatic tools has already identified molecular etiology behind several monogenic disorders with functional validation of most of them as well. This was about monogenic disorders. Several complex disorders or as they are called polygenic disorders, have role of environment as well as diseases in disease causation.

Next‐generation sequencing (NGS) has rapidly transformed the field of medical genetics in research into the aetiology of disease as well as clinical testing. This has resulted in significant rise in the diagnosis of several rare diseases. A large number of new genes have also been identified, thus expanding the disease-gene association.

A primary example where NGS could have an impact on clinical care is in dental and orthodontic/paediatric practices.

Several dental disorders are identified to have polygenic inheritance, however, few Mendelian disorders of dental origin have also been identified. The genes involved are enamelin (ENAM), amelogenin (AMLEX) and amelotin (AMTN). Amelogenesis imperfecta (AI) is a mineralization defect with an overall estimated incidence of 1/700 to 1/14 000. AI is a heterogeneous disorder, with autosomal dominant, autosomal recessive and X‐linked inheritance pattern. Several cases of non syndromic forms of AI also exists.  Phenotypes or the clinical presentation may show a degree of severity and this may be one of the reasons for discrepancy in analysis and interpretation of results. Nonetheless, as a proof, this analysis demonstrates the potential for detecting the underlying genetic causes of enamel defects that are currently undiagnosed. While there is no cure for AI, dental care would certainly be impacted following an accurate diagnosis. In several conditions, earlier intervention allows for optimal care, same is true for dental diseases. Currently, a genetic diagnosis of AI would lead to earlier and more frequent monitoring by providing primary dental care to the affected individuals, this would also aid in prevention of complications . This would be particularly important in patients without a family history of AI, who are not already receiving additional monitoring. Increased genetic testing would also aid in detecting the individuals at risk for AI, specially in early ages, before tooth eruption, it would allow for the treatment plan to be designed before eruption itself.

Lastly, the increased identification of patients with a genetic diagnosis of AI will allow for a more thorough determination of clinical presentation and delineation of the natural history of the disease. This in turn can be used for used for development of novel therapeutic interventions. Despite the fact that sequencing technology is rapidly being implemented into the clinical practice, implementation of genetic testing into practice which was not used traditionally can be difficult. A recent survey of pediatric dentists in the UK revealed a common theme of the need for more education in genetics. The same group also acknowledged that while genetic testing is not often used in their clinical management of patients, patient expectations and knowledge of genetics are changing and they are becoming more aware of these molecular testing options. As new gene -disease associations continue to emerge, including those for common non syndromic craniofacial disorders, the possibility of genomic guided precision medicine and dentistry resulting in targeted, individualized therapeutics in primary clinical care will definitely increase substantially.